In this issue: 1. Firm and Industry News 2. Limitation of Liability Under Marine Liability Act: Section 28 or 29 Applies? 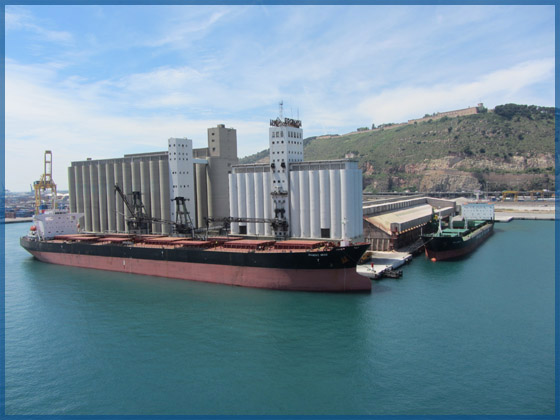 2. Limitation of Liability Under Marine Liability Act: Section 28 or 29 Applies?

The owners and operators of a sport fishing lodge located on Eagle Lake in the town of Vermillion Bay, Ontario brought an application, pursuant to the Marine Liability Act to limit their liability to $1 million for a boating accident involving two of their vessels. See Buhlman v. Buckley, 2011 FC 73.

The accident involved two vessels owned by the lodge. The two boats travelled to a few fishing spots and engaged in some brief fishing. The boats began to return to the lodge before dark. On the return trip, the Crestliner vessel operated by Mr. Buhlman collided with the Lund Outfitter vessel operated by Joe William Buckley. As a result of the collision, Bradley Buckley suffered serious and catastrophic personal injuries including a severe head injury, fractured skull, extensive scalp lacerations with resulting right leg spasticity and weakness, gait dysfunction, right arm and hand incoordination and weakness.

Liability for ships under 300 tons 28. (1) The maximum liability for maritime claims that arise on any distinct occasion involving a ship with a gross tonnage of less than 300 tons, other than claims mentioned in section 29, is

29. (1) The maximum liability for maritime claims that arise on any distinct occasion for loss of life or personal injury to passengers of a ship for which no Canadian maritime document is required under Part 4 of the Canada Shipping Act, 2001 is the greater of

Passenger claims, no contract of carriage (2) Notwithstanding Article 6 of the Convention, the maximum liability for maritime claims that arise on any distinct occasion for loss of life or personal injury to persons carried on a ship otherwise than under a contract of passenger carriage is the greater of

(i) the number of passengers that the ship is authorized to carry according to its certificate under Part 4 of the Canada Shipping Act, 2001, or (ii) if no certificate is required under that Part, the number of persons on board the ship.

Exception (3) Subsection (2) does not apply in respect of

The judge was critical of both counsel for their emphasis on the nature of the trip. She stated:

“The parties submit that paragraph 29(3)(b) is the critical issue in the present motion for summary judgment. The [lodge owners] argue that the Buckley Defendants were out on the lake, in a vessel provided as part of their holiday package at the Eagle Lake Sportsmen’s Lodge, that is on a ship that was operated for a recreational, not a commercial purpose.

[27] The [lodge owners] in this action argue that when read together, sections 28 and 29 of the Act impose different limitations of liability depending on whether an injured party was being carried under a contract of carriage, that is subject to subsection 29(1) or on a vessel that was operated for a commercial purpose but without a contract of carriage, for example, a whale watching business, subject to subsection 29(2). The [lodge owners] submit that there is another category that is addressed by sections 28 and 29 together, that is the case of gratuitous passengers on a vessel being operated for other than a commercial purpose. They argue that in such a situation, the limitation set out in section 28 applies.”

In their submissions, Counsel directed their attention to the nature of the operation of the two pleasure craft, whether it was for a commercial or recreational purpose. The judge pointed out that “with respect, in my opinion, this focus is misplaced. It is not the purpose of the “voyage” that is the subject of sections 28 and 29, but the role of the vessel for which limitation of liability is sought.”

The judge summarized the facts: “On the facts of this case, Bradley Buckley and Joe William Buckley were not passengers on the vessel operated by the [lodge owner] Buhlman. Whether they were on board the Lund Outfitter operated by Joe William Buckley, for a commercial or recreational purpose, is irrelevant in this motion because the motion is a request by the owners and operator of the Buhlman vessel to limit their liability. That liability is argued to be as operators of the Buhlman vessel, not as coincidental owner of the Buckley vessel. The key question is the status of Bradley Buckley and Joe William Buckley vis-à-vis the Crestliner vessel.”

The judge explained the differences between section 28 and 29. “Sections 28 and 29 address two different scenarios. Section 28 deals with the situation where a claim is “involving a ship with a gross tonnage of less than 300 tons, other than claims mentioned in section 29″. Section 29 deals with claims by passengers, either under a contract of carriage or in the absence of such a contract.”

The judge concluded that “To engage subsection 29(1), the individual claiming damages must be a “passenger” on the vessel said to be negligent or liable. For the purpose of this subsection, “passenger” is defined by reference to Article 7, paragraph 2(a) or paragraph 2(b) of the Convention, namely “under a contract of passenger carriage”, or someone accompanying a vehicle or livestock under a contract for the carriage of goods, respectively. Since neither Bradley Buckley nor Joe William Buckley fit the definition of a “passenger” on the Crestliner vessel, subsection 29(1) does not apply.”

Justice Heneghan held that the maximum liability of James Buhlman and Cindy Maisonville for all claims arising out of bodily injuries sustained by Bradley Richard Francis Buckley and Joe William Buckley in a boating accident that occurred on Eagle Lake, District of Kenora, Province of Ontario on July 22, 2006 was $1,000,000 pursuant to section 28 of the Marine Liability Act.

The decision has been appealed.