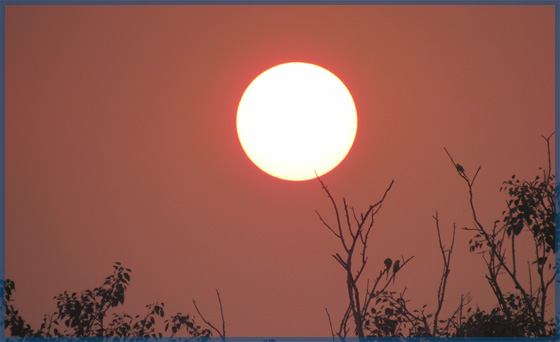 The issue of whether the Ontario Human Rights Code applies to federal undertakings, such as interprovincial trucking and freight forwarding was recently looked at in Peterson v. Ceva Logistics ULC, 2016 HRTO 698 (CanLII). In the Fernandes Hearn LLP July 2016 newsletter we reviewed the decision of the Supreme Court of Canada in Wilson v. Atomic Energy of Canada Ltd., 2016 SCC 29, where the Court held that employees governed by federal legislation, namely the Canada Labour Code, could not be terminated absent just cause. The decision has wide application in the transportation field, in trucking, aviation and rail. Trucking companies that operate outside the borders of one province are subject to the Canada Labour Code and this decision. On the other hand, for industries subject only to provincial regulation, an employee can be terminated provided the employee is given notice and/or paid out for the notice time period. Recently, in the Fernandes Hearn LLP October 2016 newsletter we reviewed an arbitrator’s decision that held that the TTC had a duty to take proactive steps to protect its workers from harassment by the public through a Twitter account that the TTC controlled. In Toronto Transit Commission and ATU, Local 113 (Use of Social Media), Re 2016 CarswellOnt 10550. During the course of argument, reference was made to a number of provincial statutes, including the Occupational Health and Safety Act, R.S.O. 1990, c. 0.1 (the ”OHSA”), and the Human Rights Code, R.S.O. 1990, c. H.19 (the “HRC”). For trucking companies, rail companies, aviation companies and other industries subject to federal regulation, it is important to keep in mind that different sets of rules and legislation may apply. In Peterson v. Ceva Logistics ULC, 2016 HRTO 698 (CanLII) the employee brought an application under section 34 of the Ontario Human Rights Code seeking compensation and other relief for infringement of her rights. The employer filed evidence that it operated a business in Canada providing contract logistics, freight forwarding and interprovincial trucking services to clients in Canada and elsewhere throughout the world. It submitted that its labour relations were governed by the Canada Labour Code. The Adjudicator held that the Human Rights Code only applies to matters that fall within provincial jurisdiction and does not apply to federally regulated businesses. Pursuant to subsection 92(10)(a) of the Constitution Act, 1867, (U.K.), 30 & 31 Victoria, c. 3, transportation works and undertakings that extend beyond the limits of the province are within federal jurisdiction.  The Adjudicator dismissed the employee’s application as the provincial Tribunal had no jurisdiction over a federally regulated business. The Adjudicator noted that the Canadian Human Rights Commission has the power to deal with human rights that fall under federal jurisdiction. The Adjudicator followed a prior decision of the Tribunal in Henry v. Ceva Logistics Inc. 2012 HRTO 321 (CanLII). Rui M. Fernandes Follow Rui M. Fernandes on Twitter @RuiMFernandes and on Linkedin. See also his blog at http://transportlaw.blogspot.ca

3. Electronic Logging Devices: Coming Soon to a Federally-Regulated Truck Near You!

Transport Canada has announced that it will be proposing amendments to the federal Commercial Vehicle Drivers Hours of Service Regulations, SOR/2005-313 (the “Regulations). The proposed amendments are expected to be finalized in 2017, with a compliance date of sometime in 2018 or 2019. The new Regulations will require federally regulated motor carriers and commercial vehicle drivers to use devices known as “electronic logging devices” (or “ELDs”) for logging required information in the course of their duties. In simple terms, ELDs are devices that are integrated with a commercial vehicle’s on-board electronic systems. ELDs are used to monitor and track driver compliance with existing regulations, concerning drivers’ permitted hours of service. According to Transport Canada, ELDs can increase the accuracy of tracking a driver’s hours on the road, thereby increasing safety and decreasing fatigue related accidents. ELDs can also reduce the administrative burden and driver time associated with filling out paper logbooks. The existing regulations require commercial drivers to maintain paper logbooks to capture certain information, and then submit it to their employers periodically. The Regulations currently allow for the use of ELDs, but do not require it. The new Regulations will bring Canada’s federal regime into line with a similar incoming regime in the United States. On December 16, 2015, the United States Department of Transportation issued a “final rule” in which it also mandated the use of ELDs for all drivers currently required to maintain a logbook. The compliance date in the United States is December 18, 2017. Transport Canada intends to publish draft amendments in the Canada Gazette early in 2017. There will then be a 60-day consultation period during which members of the public may provide feedback. The final draft of the amendments will be released thereafter, with a compliance date in Canada expected to be sometime in 2018 or 2019. ELDs will need to meet new technical specifications currently being finalized by a working group under the aegis of the Canadian Council of Motor Transport Administrators. The technical specifications will be consistent with the corresponding requirements for the United States. Carriers currently using ELD technology that does not meet the new specifications are expected to be given additional time to comply with the new Regulations. The new federal regulations will cover commercial drivers who cross provincial or national boundaries. However, Canada’s federal and provincial transportation ministers have said that they will create a task force to harmonize truck-related regulations “wherever possible”. Thus, it is expected that drivers who currently must maintain logbooks but are subject only to provincial regulations (i.e. intra-provincial drivers and carriers) will also be required to use ELDs. Transport Canada completed a cost-benefit analysis on the above proposal in July 2015, which demonstrated roughly a 2:1 benefit to cost ratio. The analysis included the following information, from various sources:

– GDP from Canadian transportation services totals about $58 billion, or about 3.7% of total GDP – 83.2% of shipments transported by Canadian trucks is domestic, with the remainder being cross-border into the U.S. or Mexico – the total Canadian trucking industry includes about 56,800 firms – small trucking firms (100 of fewer workers) represent 98.7% of all carriers – there are about 750,000 heavy trucks (over 4500kg) operating in Canada – the trucking fleet will grow at an annual rate of 3.1% over the next 5 years – there are currently 170,000 federally-regulated trucks operating in Canada – 30% of the ramp-up for the mandate will be completed in 2016, and 70% in 2017, due to the U.S. compliance deadline – on average, the proposed regulation would cost $1,193 per year for a small carrier, and $46,685 for a large carrier – entry-level ELDs range from $300 to $900 per unit – it is likely that mobile ELD applications could push unit costs down further – associated installation costs are $220 per device and activation fees $15 per unit – driver time savings from maintaining paper log books is estimated to be from 4.5 to 23 minutes per day, and time spent forwarding logs by drivers to their employers will be reduced by 5 minutes, 25 time per year – in total, drivers are expected to save about 20 hours per year on logbook maintenance – there is consensus that fatigue is more likely responsible for about 15% to 20% of vehicle crashes

Check back for further developments in early 2017! James Manson