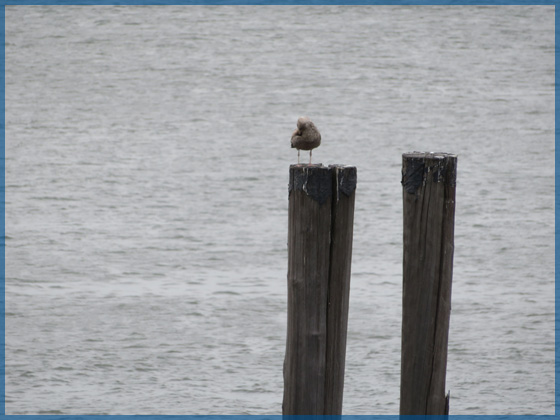 Provisions of the New Brunswick Liquor Control Act, specifically s. 134(b), makes it an offence to “have or keep liquor” in an amount that exceeds a prescribed threshold purchased from any Canadian source other than the New Brunswick Liquor Corporation. Mr. Comeau, a resident of New Brunswick, entered Quebec, visited three different stores, and purchased quantities of alcohol in excess of the applicable limit. Returning from Quebec to New Brunswick, Mr. Comeau was stopped by the RCMP; he was charged under s. 134(b) and was issued a fine. Mr. Comeau challenged the charge on the basis that s. 121 of the Constitution Act, 1867 — which provides that all articles of manufacture from any province shall be “admitted free” into each of the other provinces — renders s. 134(b) unconstitutional. The trial judge found s. 134(b) to be of no force and effect against Mr. Comeau and dismissed the charge. The Court of Appeal dismissed the Crown’s application for leave to appeal. On appeal to the Supreme Court of Canada, the Court allowed the appeal, holding that Section 134(b) of the Liquor Control Act did not infringe s. 121 of the Constitution Act, 1867. In essence, the legislation was not an impediment to interprovincial trade. Section 121 of the Constitution Act, 1867 provides:

All Articles of the Growth, Produce, or Manufacture of any one of the Provinces shall, from and after the Union, be admitted free into each of the other Provinces.

The Supreme Court held that text of the provision must be read harmoniously with the context and purpose of the statute.

Constitutional texts must be interpreted in a broad and purposive manner … Constitutional texts must also be interpreted in a manner that is sensitive to evolving circumstances because they ‘must continually adapt to cover new realities’ … This is the living tree doctrine (*2) Applying this framework to s. 121 of the Constitution Act, 1867, we conclude — as detailed below — that the interpretation of “admitted free” proposed by Mr. Comeau should be rejected. Section 121 does not impose absolute free trade across Canada. We further conclude that s. 121 prohibits governments from levying tariffs or tariff-like measures (measures that in essence and purpose burden the passage of goods across a provincial border); but, s. 121 does not prohibit governments from adopting laws and regulatory schemes directed to other goals that have incidental effects on the passage of goods across provincial borders. (*3)

The Court noted that with respect to the text of s. 121, the phrase “admitted free” is ambiguous, and falls to be interpreted on the basis of the historical, legislative and constitutional contexts. To achieve economic union, the framers of the Constitution agreed that individual provinces needed to relinquish their tariff powers. The historical context supports the view that, at a minimum, s. 121 prohibits the imposition of charges on goods crossing provincial boundaries — tariffs and tariff‑like measures. The Court noted, however, that the historical evidence nowhere suggests that provinces would lose their power to legislate under s. 92 of the Constitution Act, 1867 for the benefit of their constituents even if that might have impact on interprovincial trade. Section 92 allows each province to legislate in the areas enumerated under that section which includes local works and undertakings and matters of a merely local or private nature in the province. The Court concluded that the objective of the New Brunswick regulatory scheme was not to restrict trade across a provincial boundary, but to enable public supervision of the production, movement, sale, and use of alcohol within New Brunswick. The primary purpose of s. 134(b) is to prohibit holding excessive quantities of liquor from supplies not managed by the province. While one effect of s. 134(b) is to impede interprovincial trade, this effect is only incidental in light of the objective of the provincial scheme in general. Therefore, while s. 134(b) in essence impedes cross‑border trade, this is not its primary purpose. Section 134(b) does not infringe s. 121 of the Constitution Act, 1867. This is a timely decision in relation to interprovincial trade, given that the province of Alberta has threatened to cut supplies of oil to British Columbia. Can the R. v. Comeaudecision be distinguished? The Court noted that stand-alone laws that have the effect of restricting trade across provincial boundaries will not violate s. 121 if their primary purpose is not to impede trade, but some other purpose. Thus a law that prohibits liquor crossing a provincial boundary for the primary purpose of protecting the health and welfare of the people in the province would not violate s. 121. (*4) Can Alberta find a primary purpose for any legislation which incidentally also restricts the interprovincial trade of oil? Interestingly, the Supreme Court cautioned that “a law that in essence and purpose impedes cross-border trade cannot be rendered constitutional under s. 121 solely by inserting it into a broader regulatory scheme. If the primary purpose of the broader scheme is to impede trade, or if the impugned law is not connected in a rational way to the scheme’s objective, the law will violate s. 121.” (*5) Only time will tell. Rui M. Fernandes Follow Rui M. Fernandes on Twitter @RuiMFernandes and on Linkedin. See also his blog at http://transportlaw.blogspot.ca Endnotes (*1) 2018 SCC 15 (*2) Ibid, at para. 52 (*3) Ibid, at para. 53 (*4) Ibid, at para. 112 (*5) Ibid, at para. 113

The Small Claims Court procedures can be a source of significant frustration for defendants and defence counsel when faced with what is apparently a frivolous or especially weak lawsuit. While even in the post Hyrniak era (*1), the threshold for a summary judgment motion to succeed in Superior Court remains elevated, in Small Claims Court there is no mechanism akin to summary judgment. Rather, the only provision of the Rules of Small Claims Court (the “Rules”) (*3) that allows for a preliminary disposition of the substance of a claim or a defence is found at Rule 12, which is analogous to the even more exacting Rule 21.01(1)(b) of the Rules of Civil Procedure. (*3) Specifically, Rule 12.02(1)(a) provides as follows:

The court may, on motion, strike out or amend all or part of any document that, (a) discloses no reasonable cause of action or defence.

“Foreign truck drivers who are employed by Canadian trucking companies to pick up goods in Canada for delivery to the U.S., and who are operating Canadian owned and registered vehicles, cannot receive consideration under R186(s), since both the company and vehicle are Canadian. Nor can independent foreign truckers working under contract to Canadian trucking companies receive consideration under R186(s), since they are being employed by a Canadian company.” (*10)

Accordingly, any non-Canadian truck drivers who do not meet the exemption under the Regulations will need a work permit to enter the country to complete any cross-border carriage and incidental moves. However, before a foreign truck driver can apply for a work permit, Employment and Social Development Canada must conduct a Labour Market Impact Assessment (“LMIA”). If this federal agency concludes that no Canadian workers are available to perform the job, it may issue a positive LMIA (or confirmation letter) to the carrier, authorizing the driver to apply for a work permit. The application for a work permit must be accompanied by a job offer, the contract of employment and a copy of the LMIA. Of interest, the Canadian Trucking Alliance wrote in 2012 to the Canadian Minister of Citizenship and Immigration on this topic because of the unintended regulatory consequences that have occurred as a result of the application of the regulations. (*11) The CTA stated that:

The specific problem arises when a Canadian owned and registered truck attempts to enter the country with a U.S. citizen driver. A literal reading of s. 186(s) would suggest that such a move is forbidden, since the driver in this situation is required to be employed by a foreign company and driving foreign equipment. […] the regulation can actually have serious negative consequences (which I believe are unintended) for Canadian businesses. This typically arises when a Canadian carrier either has a subsidiary in the United States, or has a US operation with US employees, who are paid out of the United States. […] situations do arise where one of these [American] drivers is required to move a Canadian-registered vehicle into Canada. The carrier recently ran into a situation where a driver on such a move was told by a Canadian official at the border that what he was doing was illegal, and not to do it again. A literal reading of s. 186(s) would suggest that the officer at the border was acting correctly. However, this has now created a situation where the carrier must stop the Canada bound truck on the US side of the border; send a Canadian driver into the US to pick up the truck and make the delivery in Sarnia; and then return the truck back across the border empty to the United States, to the waiting US driver. Surely this makes no sense from an efficiency standpoint. And given that the US driver is paid and operates from a US base, and would not be involved in any way in domestic Canadian moves (i.e., cabotage) if he were to make such a cross-border move, one must question what threat would be posed to the Canadian labour market if he were allowed to cross into Canada.

What should be made of the strategy of the TSB, a publicly funded agency, to “use a warrant to undermine… appropriately engaged judicial review proceedings… at the 11th hour”? Was it not foreseeable that obtaining a warrant would generate a response from the applicants that would result in additional expense being incurred? As it turns out in two different courts?

Courts have a responsibility to deter and, if necessary prevent, misuse of the finite public resource that are our provincial and federal courts. It is a particular concern when a government agency acts to undermine a legal process that it would be expected to engage in in good faith and, in so doing, to generate the sort of flurry of time and resource-consuming legal manoeuvres that have occurred in the Federal Court and this court during the past two weeks.