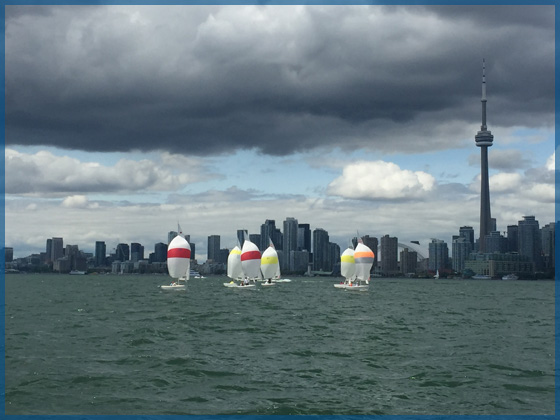 The Canadian Trucking Alliance (*1) believes that the facts surrounding the events of April 6, 2018 Humboldt tragedy (*2) should be used as a catalyst to finally deal with a small segment of the trucking industry that chooses not to adhere to safety regulations. On July 10, 2018, the CTA released its Ten Point Action Plan that highlights how government and industry can work together on improving compliance issues like hours of service, distracted driving, sobriety, carrier evaluation programs along with training and technology recommendations. It recommends implementing the following action plan: “The vast majority of trucking companies and truck drivers embrace a culture of compliance by far exceeding minimal safety requirements,” says CTA president Stephen Laskowski. “However, the events surrounding the Humboldt tragedy have reminded all of us that we need to have a national conversation about raising the bar in dealing with those operators who do not make the proper investments in truck safety and lack the commitment to make improvements. By working with all levels of government to implement this plan on a national basis we can make roads safer by focusing enforcement attention on carriers and drivers who need it most.” Andrea Fernandes Endnotes (*1) The Canadian Trucking Alliance is a federation of provincial trucking associations. It represents a broad cross-section of the trucking industry—some 4,500 carriers, owner-operators and industry suppliers. With its head office in Toronto, an operating office in Ottawa and provincial association offices in Vancouver, Calgary, Regina, Winnipeg, Montreal and Moncton, the CTA represents the industry’s viewpoint on national and international policy, regulatory and legislative issues that affect trucking (*2) On April 6, 2018, sixteen people were killed and thirteen injured when a westbound semi-trailer truck struck a northbound coach bus near Armley, Saskatchewan, Canada. The semi-trailer had failed to yield at a flashing stop sign at the intersection of Highways 35 and 335. The bus was travelling at a speed of approximately 100 km/h. Most of the dead and injured were teenagers from the Humboldt Broncos, a junior ice hockey team that plays in the Saskatchewan Junior Hockey League.

3. Do Independent Contractors Have a Duty to Mitigate When a Fixed Term Contract Has Been Terminated?

4. Contractual Modifications & Forbearance Agreements May Be Enforceable Even if Nothing of Value is Exchanged

that the definition of car block in section 2 of the Interswitching Regulations must be read as 60 or more cars that, as a block, could be interswitched with a reasonable number of hook-and-haul movements at an interchange and are destined to, or originate from a single shipper at a siding (Interpretation Decision at para. 78).

The CTA indicated that:

[t]he reasonable number of hook-and-haul movements inevitably falls to be determined on a case by case basis in light of the factual circumstances of each case (Interpretation Decision at para. 78).

The CTA found that the interswitching in this case qualified for the lower car block rate. (Interpretation Decision at para. 112). The CTA added that:

Where the statute confers a broad power on a board to determine what regulations are necessary or advisable to accomplish the statute’s goals, the question the court must answer is not one of vires in the traditional sense, but whether the regulation at issue represents a reasonable exercise of the delegated power, having regard to those goals…

As long as the CTA’s decision demonstrates “justification, transparency and intelligibility within the decision making process” and “falls within a range of possible, acceptable outcomes which are defensible in respect of the facts and law”, the Court will not intervene (Dunsmuir v. New Brunswick, 2008 SCC 9 at para. 47, [2008] 1 S.C.R. 190.

[21] The Interpretation Decision found, and I agree, that the text of section 2 is silent as to whether an interswitching operation must occur in a single movement. Importantly, however, there is nothing in the text of section 2 that precludes an interpretation that allows for interswitching to occur in multiple movements. In this case, then, the context and purpose will be determinative. [22] The CTA found that the context and purpose of the Interswitching Regulations—namely to provide shippers with relief in the context of a near monopoly—militates against a definition of car block that bestows all power to determine what rate to charge on the appellant.

The Court found that it was reasonable for the CTA to look to the text, context, and purpose of the Interswitching Regulations and, in doing so, the CTA’s interpretation considered the interests of both railway companies involved in an interswitching operation. It arrived at the above interpretation based on its expertise in this area The appeal was dismissed.  Rui M. Fernandes Follow Rui M. Fernandes on Twitter @RuiMFernandes and on Linkedin. See also his blog at http://transportlaw.blogspot.ca