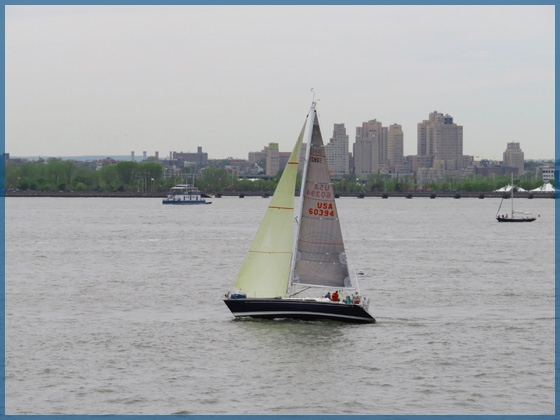 In 2016 the Federal Government undertook a review of how to make the Canadian transportation system “better, smarter, cleaner and safer”. Commercial stakeholders and citizens weighed in on the process.  Taking both the submissions and the findings from a 2015 review of the Canada Transportation Act (*1) into consideration Transport Canada articulated a strategic plan to support a new vision for the future of transportation in Canada entitled “Transportation 2030: A Strategic Plan for the Future of Transportation in Canada” (*2). Transportation 2030 Transport Canada’s strategic plan grouped areas of work under five different themes: “The Traveller” This theme’s agenda calls for the provision of greater choice, better service, lower costs and new rights for consumers.  Particular goals identified concern the establishment of an Air Travellers Passenger Rights Regime to better protect customers, changing international ownership rules to increase competition and reduce fairs in the domestic airline industry and working with the Canadian Air Transport Security Authority (CATSA) to ensure that passengers can go through security faster while maintaining high security standards. “Safer Transportation” The public interest calls for a safer, more secure transportation system that Canadians can trust.  Particular goals identified concern a review of the Railway Safety Act (*3) to enhance railway safety standards including the introduction of locomotive voice and video recorders to be used during accident investigations. “Green and Innovative Transportation” This agenda item involves the reduction of pollution through new technologies. A particular goal concerns the reduction of carbon pollution from the transport sector, which accounts for 23% of air pollution.  This would involve investment in electric car charging and low-emissions fuelling stations. “Waterways, Coasts and the North” The need has been identified to build world-leading marine corridors that are competitive, safe and environmentally sustainable, and to enhance the northern transportation infrastructure.  This theme would require the introduction of stronger environmental protection for Canada’s coastline, the implementation of a moratorium on oil tanker traffic along the northern coast of British Columbia, and the introduction of a plan to increase marine safety, emergency response and a closer partnership with coastal communities. “Trade Corridors to Global Markets” The need has been identified to improve the performance of Canada’s transportation system to expedite the shipment of products to markets and to grow Canada’s economy.  This would call for the investment of $10.1 billion in the transportation infrastructure to help eliminate bottlenecks and build more robust trade corridors. The Transportation Modernization Act (Bill C-49) With a view to starting the trek towards implementation of “Transportation 2030”, on May 16, 2017 the federal government proposed Bill C-49 (the “Transportation Modernization Act”) to improve the aviation and railway transportation systems and to also effect certain changes to the maritime industry.  On May 23, 2018, B C-49 received “Royal Assent” – that is, the formal signing into law. The Transportation Modernization Act (officially, “An Act to Amend the Canada Transportation Act and other Acts respecting transportation and to make related and consequential amendments to other Acts”) features many important developments affecting the aviation, rail and maritime industries. The Aviation Industry The Canada Transportation Act has now been amended to, among other things: The Railway Industry The Maritime Industry Conclusion The changes brought about by the Transportation Modernization Act are wide sweeping and require careful study.  Other amendments to governing transportation legislation remain on the horizon on the trek towards “Transportation 2030”. Gordon Hearn Endnotes (*1) S.C. 1996, c 10 (*2) See “Transportation 2030: A Strategic Plan for the Future of Transportation in Canada” at www.tc.ga.ca (*3) R.S.C. 1985, c. 32 (4th Supp.) (*4) S.C. 1989 c. 3 (*5) S.C. 1992, c. 31

a) The B.C. pilots’ description of the various ways an anchor chain could foul the wreck and the risk of fouling tow lines due to the area being frequently used by tugs with large barges and log barges. There was a dispute as to whether some of this information was truly new information or simply variations on the same theme of risk of fouled tow lines. b) The Port’s description of incidents where access to the location had been denied and a discussion of an October 2015 snagging incident. c) A discussion of displaced vessels from the location that were forced to anchor elsewhere and the cascading impact on the national availability of anchorages. d) A discussion of the probability of fouling being low but the severity of such a fouling being high.

In November 2016, the Minister issued a third Notice to Remove requiring the removal of the wreck by December 31, 2016. The Navigation Impact Assessment that formed part of the reasons for the decision provided as follows:

Wreck of the Samantha J is causing a substantial interference to navigation for the purpose of anchoring deep-sea vessels within the Port of Nanaimo. Alternative mitigations have not been identified. Notice to Remove, pursuant to NPA s. 16(1), issued on 20 Jan 2015. Following correspondence with the proponent’s representatives, and further research conducted by NPP and the NPA, notice re-issued on 05 Oct 2015.

Following meeting with BCCP, NPA and representatives on Oct 6th, 2016 and considering relevant information, while the likelihood of a deep-sea vessel to foul an anchor line is low, the resulting impact should it occur is substantial and could result in severe damage to a vessel and the environment. New Notice to remove issued on Nov 9, 2016.

The court commented on the standard of review of the decision finding that:

There is some disagreement between the parties with respect to the standard of review of the merits of the Decision. In my view, the Minister (or his delegate) has a wide discretion as to whether to order removal and what may be done in that process as evidenced by the words “[t]he Minister may” in s 16(1) and (2). Moreover, in respect of whether something is an “obstruction”, that conclusion must be reasonable – it is not simply a discretionary finding. The scope of whether an obstruction exists is wide since the exercise is within the Minister’s home statute in an area with which his or her officials have some experience, if not expertise. In this case the delegate had the benefit of independent expertise in the BC Pilots’ involvement and opinions. The standard of review therefore is reasonableness, including deference to the Minister in both the assessment of risk and in the corrective actions to be ordered.

On the issue of procedural fairness, the applicant’s position was that the Minister failed to provide a fair process by not providing adequate notice, not giving the applicant a reasonable opportunity to respond to the evidence and by coming to the decision on the basis of an incomplete record. The court found that the process was fair. Justice Phelan held that:

The Act leaves it to the Minister to set the necessary procedure. Over the two years that this issue of the Wreck was being debated, there was nothing that suggested the type of process to which the Applicant says it was entitled.

This was a non-judicial administrative decision requiring Greville [the Minister’s representative] to interpret and implement his home statute, and rely on his department’s expertise or the expertise available to it in addressing marine safety, including any potential safety risks. It is not an ongoing process of argument and debate.

The court held that the process was fair and that the applicant was entitled to a fair process, but not a never-ending one. The application for judicial review was dismissed. Rui M. Fernandes Follow Rui M. Fernandes on Twitter @RuiMFernandes and on Linkedin. See also his blog at http://transportlaw.blogspot.ca