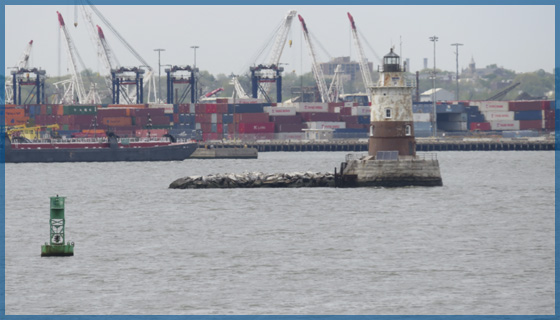 The Ontario Court of Appeal’s decision in J.J. et al v. C.C., James Chadwick Rankin, carrying on business as Rankin’s Garage & Sales et al (*1) was reviewed in the March 2018 of the Navigator. At that time, it was noted that leave had been sought by the defendant garage to appeal to Canada’s highest court. As noted earlier, a duty of care is required to be established before a court can consider whether there is liability on a defendant for negligence if damages accrue.  There must be a duty or obligation upon one person to another that is then breached causing damages to flow. The Court of Appeal had found that, where keys were left inside an unlocked vehicle located at a repair garage, it was reasonably foreseeable that minors might steal it. Further, the Court of Appeal found that it was then common sense that minors might injure themselves while operating that stolen vehicle. The Supreme Court of Canada has now weighed in and, significantly, has reversed the Court of Appeal’s decision. (*2) Facts Rankin’s Garage was a business that sold and serviced cars and trucks but its property was not secured in any way.  A 16-year old stole a car from Rankin’s Garage, drove and crashed it, leaving his 15-year passenger catastrophically injured.  The two boys had entered onto the Rankin Garage property and stolen an unlocked vehicle, with the keys that had been left in the ashtray. The Trial Decision The 15-year-old passenger sued the 16-year-old driver and Rankin’s Garage as well as the adult who had allegedly been supervising (but who had gone to bed). The 15 year old plaintiff admitted that he was partially responsible for his own injuries. The trial judge instructed the jury that Rankin’s Garage owed J.J. a duty of care, “because people who [are] entrusted with the possession of motor vehicles must assure themselves that the youth in their community are not able to take possession of such dangerous objects.”   The jury found Rankin’s Garage to be 37% negligent because the car in its possession was left unlocked with the keys inside the car when it knew or ought to have known of the potential risk of theft, given the poor security on the premises. (*3) The Court of Appeal’s Decision The main issue on appeal was whether Rankin’s Garage owed a duty of care to J.J. who had helped to steal the subject vehicle from its premises.  The Court of Appeal noted at paragraphs 28 and 29, that the finding that a duty of care is owed to a third party is relatively rare in cases arising out of the theft of a vehicle. In most cases, a duty of care to a third party had not been found because injury to the third party was not a reasonably foreseeable consequence of the theft. The Court of Appeal found the facts to be “a novel case” and ultimately found that there was ample evidence to support the conclusion of foreseeability given the poor security practices at Rankin’s Garage as well as the history of theft in the area.  There was a clear risk of theft because cars were left unlocked with the keys in them. At paragraph 53, the Court also concluded, “it was foreseeable that minors might take a car from Rankin’s Garage that was made easily available to them. …It is a matter of common sense that minors might harm themselves in joyriding, especially if they are impaired by alcohol or drugs.” The Court considered whether the business should have had minors in mind when considering security measures at Rankin’s Garage. The Court found proximity between the two parties. Further, the securing of the vehicles was not an onerous obligation and involved only locking the vehicles and storing the keys. The Court found it fair and just to impose a duty of care in these circumstances.  Rankin’s Garage could easily have met the standard of care simply by ensuring that all of its vehicles were locked and that their keys were protected. The Supreme Court of Canada’s Decision Canada’s highest court does not typically weigh in on just any case. This case, however, deals with the existence of a newly articulated duty of care where there appears to have been little close or direct relationship or proximity between the parties. With the Supreme Court of Canada’s review, the law on the establishment of a duty of care is now clearer. The Supreme Court of Canada found that a court must consider more than just whether the theft of the vehicle was foreseeable but rather there must be a further connection between the theft and the negligent operation of the stolen vehicle. It was not just a matter of “common sense”. The Court found that Rankin Garage’s practices relating to the storage of the vehicles and the history of thefts in the area did not suggest that the stolen vehicle would be used in a negligent manner.  The test of  “reasonable foreseeability” was an objective one and was not to be affected by the benefit of hindsight. The Court went on to find that it would be extending tort liability too far to conclude that a foreseeable risk of injury automatically flows from a risk of theft.  The Court stated that there must be specific circumstances that made it reasonably foreseeable that a stolen car would be driven in an unsafe manner such that personal injury would occur. The Supreme Court of Canada found that reasonable foreseeability was therefore not established.  It also found that there was no positive duty on repair garages to generally prevent harm nor did the fact that the plaintiff was a minor automatically create a positive duty to act. The Court stated at paragraphs 25 and 26,

The facts of this case highlight the importance of framing the question of whether harm is foreseeable with sufficient analytical rigour to connect the failure to take care to the type of harm caused to persons in the plaintiff’s situation. Here, the claim is brought by an individual who was physically injured following the theft of the car from Rankin’s Garage. The foreseeability question must therefore be framed in a way that links the impugned act (leaving the vehicle unsecured) to the harm suffered by the plaintiff (physical injury). Thus, in this context, it is not enough to determine simply whether the theft of the vehicle was reasonably foreseeable. The claim is not brought by the owner of the car for the loss of the property interest in the car; if that were the case, a risk of theft in general would suffice. Characterizing the nature of the risk-taking as the risk of theft does not illuminate why the impugned act is wrongful in this case since creating a risk of theft would not necessarily expose the plaintiff to a risk of physical injury. Instead, further evidence is needed to create a connection between the theft and the unsafe operation of the stolen vehicle. The proper question to be asked in this context is whether the type of harm suffered — personal injury — was reasonably foreseeable to someone in the position of the defendant when considering the security of the vehicles stored at the garage

Finally The Court’s majority decision was rendered by 7 of the 9 judges. The two dissenting judges agreed with Ontario Court of Appeal and that: (1) the garage owed a duty of care; (2) that the required foreseeability was subject to a low threshold and should be satisfied when injury resulted; and (3) that there was no requirement for further evidence to show that the harm was connected to the theft of the vehicle. However, the Supreme Court of Canada majority’s decision has highlighted the role of reasonable foreseeability when considering whether there is a duty of care between the parties. The decision confirms that it is not the event that occurred that must be reasonably foreseeable (in this case, the theft of the vehicle) but, to find liability, the defendant must have reasonably been able to foresee that there was ultimately a risk of injury to the plaintiff. The benefit of hindsight or the fact that an injury actually did occur should not be considered. At paragraph 66, Karakatsanis J. for the majority stated:

Under tort law, liability is only imposed when a defendant breaches a duty of care. The Anns/Cooper test ensures that a duty of care will only be recognized when it is fair and just to do so. As such, it is necessary to approach each step in the test with analytical rigour. While common sense can play a useful role in assessing reasonable foreseeability, it is not enough, on its own, to ground the recognition of a new duty of care in this case. Aside from evidence that could establish a risk of theft in general, there was nothing else to connect the risk of theft of the car to the risk of someone being physically injured. For example, Rankin’s Garage had been in operation for many years and no evidence was presented to suggest that there was ever a risk of theft by minors at any point in its history.

Going forward, those with care, custody and/or control of vehicles should review their policies and procedures to ensure that all appropriate security measures are taken for such vehicles to avoid similar results and any possible connection to harm that might result from a theft. The Court noted at paragraph 67:

This is not to say that a duty of care will never exist when a car is stolen from a commercial establishment and involved in an accident. Another plaintiff may establish that circumstances were such that the business ought to have foreseen the risk of personal injury.

Kim E. Stoll Follow Kim on LinkedIn and at url: linkedin.com/in/kim-stoll-transportationlaw and on Twitter @KimEStoll Endnotes (*1) 2016 ONCA 718 (*2) 2018 SCC 19 (*3) The adult was found 30% negligent for providing alcohol to minors and failed in her supervision.  The 16-year-old driver was found 23% negligent and the plaintiff was 10% negligent for getting into a vehicle with a driver who he knew was unlicensed and impaired.

4. Breach of Confidence and the Protection of Trade Secrets