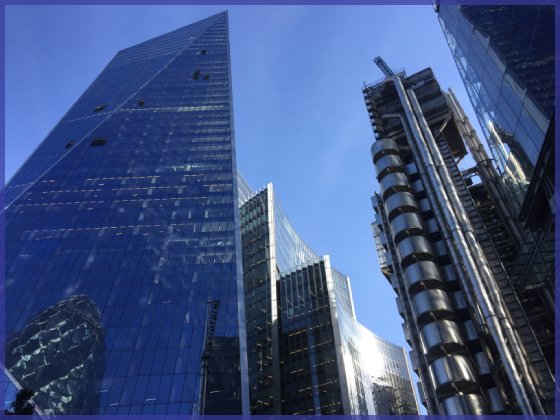 1. News & Upcoming Events • Canadian Board of Marine Underwriters Fall Conference, November 27 th , 2018, Toronto. Rui Fernandes and Gordon Hearn will be presenting an update on Marine and Cross-Border Trucking law. • Passenger & Commercial Vessel Association Annual Meeting November 28 to 30, 2018 Hull Quebec. Rui Fernandes will be speaking on a panel on “Cannabis in the Workplace.” • The Toronto Transportation Club Annual Dinner will be held in Toronto on November 29 th , 2018 at the Metro Toronto Convention Centre. • Grunt Club Annual Dinner December 7 th , 2018, Montreal. Rui Fernandes will be attending representing the firm. • The Fernandes Hearn LLP Annual Seminar will take place in Toronto at the Advocates’ Society Education Centre on January, 16 th , 2019. • The Marine Club Annual Dinner will be held in Toronto at the Royal York Hotel on Friday January 18 th , 2019. • Rui Fernandes will be speaking on “Maritime and Energy Arbitration in Canada” at the 7 th Annual Arbitration & Investment Summit, Nassau, Bahamas , January 25 th , 2019. • The Transportation Lawyers Association Chicago Regional Seminar and Bootcamp will take place on January 25-26, 2019 at the Fairmont Chicago – Millennium Plaza, Chicago . Gordon Hearn , Kim Stoll and Jaclyne Reive will be representing the Firm. Kim Stoll will be speaking on the Ethics panel “Lost at Sea: How Defeat was Snagged from the Jaws of Victory” and Jaclyne Reive will be moderating a panel on “Reefer Trailers and Perishable Food Claims”.     2. Driver Inc. The “Driver Inc.” model is an employment model used by commercial vehicle operators who do not own/lease or operate their own vehicles. It is increasing in use. In essence an employee truck driver will incorporate and receive payment from their carrier with no source deductions. The practice opens the door to the possibility of tax evasion by those engaged in it. It is believed that the practice is becoming a preferred way to attract contract drivers to fleets. Stephen Laskowski, president of the Canadian Trucking Alliance states:

“Against the backdrop of a severe driver shortage facing our sector, the Driver Inc. payment system is unfortunately becoming a preferred way to attract contract drivers to fleets. However, CTA believes that contract drivers who are utilizing company vehicles, without any financial risk/responsibility to own/operate the vehicle, contravenes the historical definition of driver-contractor status in our sector …Incorporating yourself as a driver, without owning/operating your own truck, has significant labour law and tax implications. Many drivers and companies utilizing this system seem to think Driver Inc is some previously undiscovered tax oasis. It’s not; it’s a mirage … The tax filing implications make the Driver Inc. model a very questionable approach to legitimately increasing drivers’ take-home pay. Obviously not declaring your income is a highly illegal method to increasing pay, made easier by the fact that CRA does not always find businesses that don’t issue T4A’s to contractor drivers”

The Canada Revenue Agency (CRA) and Employment and Social Development Canada (ESDC) have recently clarified how they will treat the practice of so-called “Driver Inc.” by removing any grey area as it relates to the tax and labour status of incorporated drivers operating company vehicles. (*1) Both federal departments will commence a country wide inspection and enforcement campaign to ensure companies and drivers are paying their share of taxes. The Canada Revenue Agency Position Employees In the normal employment situation, the employer will deduct Canada Pension Plan (CPP) contributions, Employment Insurance (EI) premiums, and income tax from the employee’s pay. The income taxes deducted, together with the employee and employer’s share of CPP and EI, will be remitted to the Canada Revenue Agency (CRA). At year-end, the employer will report the employee’s income and deductions on a T4 slip – Statement of Remuneration Paid. Independent Contractors (Individuals who own or lease their own equipment) Self-employed individuals (sometimes referred to as an independent contractor), do not have income tax, CPP, and EI deducted from amounts paid to them by the companies employing them. At year-end, the individual is responsible for: Driver Inc. Model (Individuals who do not own or lease their own equipment) The individual chooses to incorporate. The CRA has determined that if the individual would normally be an employee if it were not for the existence of the corporation, the CRA will consider the individual a personal services business (PSB). This is sometimes referred to as an incorporated employee. PSBs are not entitled to income tax deductions available to other corporations such as the small business deduction and the general rate reduction. The corporation will be subject to the full federal and provincial tax rates on all taxable income. For 2018, the combined federal and provincial tax rate is 33%. In addition, PSBs cannot deduct most expenses available to other corporations. These types of expenses include things such as office supplies, travel expenses, meals, and cell phone costs. The only expenses that your corporation will be able to deduct are: All amounts paid to the corporation must be reported on a T4A slip – Statement of Pension, Retirement, Annuity and Other Income. Those engaged in the Driver Inc. scenario will be responsible for completing a T2 Corporate Income Tax Return for the PSB in addition to a T1 Personal Income Tax and Benefit Return as an individual. In determining a worker’s employment status, the CRA (*2) looks at all the facts of the working relationship between the payer and the worker. These conditions are generally arrived at from the jurisprudence. In 71122 Ontario Ltd. v. Sagaz Industries Canada Inc. , [2001] 2   S.C.R . 983 the Supreme Court of Canada outlined some of the conditions to determine if a worker is an employee or an independent contractor. In the decision, the Supreme Court of Canada makes the following point that one must search for the  total relationship  of the parties:

“It is exceedingly doubtful whether the search for a formula in the nature of a single test for identifying a contract of service any longer serves a useful purpose…The most that can profitably be done is to examine all the possible factors which have been referred to in these cases as bearing on the nature of the relationship between the parties concerned. Clearly not all of these factors will be relevant in all cases, or have the same weight in all cases. Equally clearly no magic formula can be propounded for determining which factors should, in any given case, be treated as the determining ones.”

The Supreme Court of Canada has also made it clear that courts and tribunals must take into account the particular policy objectives of a statute when deciding if a person has employee status. (*3) For example, for federally regulated trucking, the policy objectives of the Canada Labour Code are important. These are set to ensure minimum employment standards and to prevent accidents and injuries to health arising out of the course of employment. There are a number of common law “tests” that assist in the determination of the employment relationship (*4). 1. The Control Test – This was the first attempt to clarify the relationship. In Regina v. Walker, (1858) 27 L.J.M.C. 207 the court stated:

“…A principal has the right to direct what the agent has to do; but a master has not only that right, but also the right to say how it is to be done.”

“… It has been suggested that a fourfold test would in some cases be more appropriate, a complex involving (1) control; (2) ownership of the tools; (3) chance of profit; (4) risk of loss. Control in itself is not always conclusive.”

3. The Integration Test – This was first developed in Stevenson Jordon and Harrison, Ltd. v. MacDonald and Evans , (1952), 1 T.L.R. 101. This approach attempts to find if the service being provided by the worker is performed as an integral part of the business, or done on behalf of the business but not integrated into that business. The court stated:

(2) On and after January 1, 1997, the Minister may, out of money appropriated therefor by the Legislature and upon such conditions as he or she considers advisable, provide grants, loans and other financial assistance to any person…for specific projects that the Minister considers to be of provincial significance.