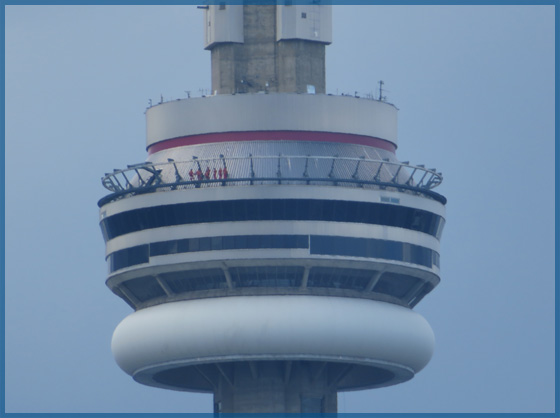 2.  Requiring Employee be Resident is Discriminatory

The Human Rights Tribunal of Ontario has recently held (*1) it was discrimination on the basis of “citizenship” to require a successful job applicant to be able to work in Canada “on a permanent basis”. The applicant was a student at McGill University in Quebec completing his engineering degree (mechanical) with an interest in the energy sector. He was an international student and his visa permitted him to obtain a work permit for on-campus part-time work and for full time work during regular breaks between academic terms. Aside from internships, for which he obtained temporary social insurance numbers (SIN), the applicant did not work (on or off campus) while he was a student. On graduation, with a letter from his University attesting to completion of his credits for his degree, the applicant became eligible for a “postgraduate work permit” (PGWP) for a fixed term (3 years). The PGWP would permit him to work full time, anywhere and with any employer in Canada. The applicant anticipated that he would attain permanent residency status within three years and thus be able to settle and work in Canada indefinitely. The applicant was among graduates from participating Canadian universities who, under a special immigration program involving the federal and Ontario government, were permitted to obtain work in Canada and be processed in-land for permanent resident status. In a nutshell, the applicant learnt from more senior students that Imperial Oil recruiters required graduate engineers to have permanent residency or citizenship to be eligible to apply for a permanent full-time job as Project Engineers. The applicant testified that he believed that one of his friends did not proceed past the first round of interviews because he answered truthfully that he did not have the required permanent status. On the contrary, the applicant gave a positive response repeatedly to Imperial Oil representatives’ questioning regarding his eligibility to work in Canada on a permanent basis and progressed through every step of Imperial Oil selection process for an entry level position as Project Engineer, starting with Imperial Oil on-campus recruitment, online application form and through to interviews during a site visit at the prospective refinery work location. His “positive” responses were in fact false. As the applicant was ranked first among the candidates, he was offered a job with certain conditions that he had to fulfill to accept the job offer by a stipulated deadline. As part of accepting the job offer, the applicant was asked to provide proof of his eligibility “to work in Canada on a permanent basis” by way of (1) Canadian birth certificate (2) Canadian citizenship certificate or (3) Canadian certificate of permanent residence (permanent resident card).  This eligibility to “work in Canada on a permanent basis” is sometimes referred to as the “permanence requirement” or Imperial Oil policy in this decision. He was unable to provide the required proof to accompany his acceptance of the job offer by the deadline. Imperial Oil rescinded the job offer. The rescission letter, on its face, invited the applicant to re-apply if he became eligible to work in Canada on a permanent basis in the future. In response to the Human Rights application, Imperial Oil also stated that the job offer was rescinded because of the applicant’s misrepresentation of his status throughout the hiring process. He had lied to interviewers during the process when asked if he met the residency requirement. Section 1 of the Human Rights Code provides:

Section 16 of the Code provides:

16 (1) A right under Part I to non-discrimination because of citizenship is not infringed where Canadian citizenship is a requirement, qualification or consideration imposed or authorized by law.  R.S.O. 1990, c. H.19, s. 16 (1).

(2) A right under Part I to non-discrimination because of citizenship is not infringed where Canadian citizenship or lawful admission to Canada for permanent residence is a requirement, qualification or consideration adopted for the purpose of fostering and developing participation in cultural, educational, trade union or athletic activities by Canadian citizens or persons lawfully admitted to Canada for permanent residence.  R.S.O. 1990, c. H.19, s. 16 (2).

The Tribunal found that the “permanence requirement” was discrimination based on the ground of “citizenship”. It held that while a definition of “citizenship” is not contained in the Code, a reading of the three defences available under section 16 of the Code indicates that the legislature contemplated that any requirement, consideration etc. that distinguished among individuals on the basis of either “Canadian citizenship”, “permanent residence” status or “domicile in Canada with intention to obtain citizenship” is discrimination unless the requirement is imposed or authorized by law, or the other criteria are met for each of three defences. More specifically, in the Tribunal’s view, Imperial Oil requirement amounted to a direct breach of the Code when it distinguished among job candidates who were eligible to work in Canada on the basis of citizenship and created categories of “eligible” and “ineligible” for progressing through Imperial Oil’s screening process. Imperial Oil’s requirement was not excused by s.16(1) of the Code as Imperial Oil was not adhering to a requirement that was authorized or imposed by law. The further defence available for corporations under s.16(3) of the Code was also inapplicable in the circumstances of an entry level position (“as opposed to chief or senior executive position”). The Tribunal further ruled that the fact that Imperial Oil’s requirement distinguished on the basis of “Canadian citizenship” and “permanent residence” did not change the analysis to being a distinction based on “immigration status”. It was sufficient that Imperial Oil’s requirement cited “Canadian citizenship” as a criterion to engage the prohibited ground of “citizenship” the Code. Finally, the Tribunal found that the dishonesty of the applicant in his responses to Imperial Oil regarding his eligibility to work on a permanent basis was not relevant to deciding whether the Code was breached. It was sufficient to find that Imperial Oil’s decision to not hire the applicant was tainted by the permanence requirement. Rui Fernandes Follow Rui M. Fernandes on Twitter @RuiMFernandes and on Linkedin. See also his blog at http://transportlaw.blogspot.ca Endnotes (*1) Haseeb v. Imperial Oil Limited, 2018 HRTO 957.

In my respectful view, avoiding the possibility envisioned by the application judge does not require imposing a harsh and draconian result in the circumstances of this case where there plainly was no attempt to subvert the law. This case involved a commercial transaction between parties of equal bargaining power who inadvertently and only marginally ran afoul of s. 4. There was no evidence of intention to break the law, of any unfairness in the agreement, or of one party taking advantage of another. To secure the funds it required, Solar Power knew that it had to pay a high rate of interest. The discount fee represents a tiny fraction of the interest that is otherwise payable and falls well below the 5% maximum interest allowed by s. 4. To limit all interest payable to 5% would, as the application judge recognized, result in a substantial windfall to Solar Power. (*4)

In the result, instead of applying the Interest Act in the manner of the application judge, the Court of Appeal ruled that it “would interpret the phrase “any interest” in s. 4 to refer only to interest that is not stated as a “yearly rate or percentage.”” (emphasis added) (*5). In short, since the 12% and 24% rates in the loan agreement were stated in annual terms, these were insulated from the ruling, and therefore would not be subject to the 5% cap. Also, since the only offending rate was the 0.003% discount rate, as that rate was less than 5% per year, it, too was unaffected by the Court’s decision. Thus Solar Power Network was obliged to pay all interest due under its agreements. Conclusion The decision has sweeping implications for commercial lenders, while at the same time still leaving considerable doubt as to how this statutory requirement will be interpreted in the future. Without question the Court of Appeal was strongly motivated to reach a result that avoided giving Solar Power Network a “substantial windfall.” Its means of getting there could well generate more problems than it solves, however. For now, it seems, about the only thing that is clear is that the common practice of including formulas for determining the annual rate of interest in a loan agreement can be relied on by lenders as generally enforceable. It is difficult to understate the significance of this finding, since the result would appear to be that, for any loans having multiple “interest-like” components, if only one is found to be non-compliant with section 4 of the Interest Act, the danger that all interest might be capped at 5% per year is greatly reduced. In other words, the possibility of the “harsh” result imposed by the application judge in ClearFlow, where complex interest formulas are involved, is now significantly less likely. Whatever wisdom there may be in the Court’s declining to apply the literal statutory wording in cases where it appears there “was no evidence of an intention to break the law,” the result would seem to indicate that the very same words of the Interest Act may be applied very differently depending on who the borrower and lender are. Whether advisable or not, the Court has indicated that, where loans are made for a business purpose between sophisticated parties, they will now face far less risk of breach of the Interest Act than when a “consumer” is the borrower. Thus, while sophisticated commercial borrowers and lenders can breathe somewhat more easily, those dealing with ordinary consumers must still exercise the usual caution where interest is concerned. Oleg M. Roslak Endnotes (*1) Interest Act, R.S.C. 1985, c. I-15. (*2) 2018 ONCA 727 [ClearFlow]. (*3) Solar Power Network Inc. v. ClearFlow Energy Finance Corp., 2018 ONSC 7286 at para. 93. (*4) ClearFlow at para. 78. (*5) ClearFlow at para. 80.