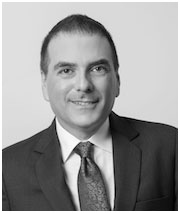 Robert Carillo is a senior corporate commercial lawyer with over 15 years of experience across both big law and in-house environments in New York, Toronto and Hong Kong.

Robert has specialized experience in corporate finance and energy law with a specific focus on solar and wind energy.  Robert’s breadth of experience includes work in matters relating to commercial, corporate, equity and debt financing, private placements, M&A, joint ventures and strategic alliances. He has also advised companies on all aspects of general business and corporate/securities law, and is well versed in the negotiation and drafting of various commercial agreements.

Robert has represented various Canadian, American and international developers in transactions for the development, construction and operation of major solar and wind parks in North America and Overseas.

Robert is a frequent speaker in the United States, South America, Australia and China. He is fluent in French, English, Italian, and conversant in Spanish.