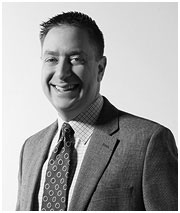 James joined Fernandes Hearn LLP in 2014. He has represented clients in Canada and the United States in and before the superior courts of British Columbia, Nova Scotia and Ontario, as well as the Federal Court of Canada.

James’s practice is devoted to civil, commercial and insurance-related litigation, with a focus on all aspects of transportation law, including maritime law.

Prior to his arrival at Fernandes Hearn, he spent five years at another boutique Toronto litigation firm where he maintained a general commercial and civil litigation practice and gained a wealth of experience in complex product liability matters as well as numerous insurance coverage and defence matters.

James also spent his first year in practice at a well-known litigation boutique in Vancouver, British Columbia, after completing his articles at the Ottawa offices of a major national firm.

Originally from Winnipeg, James has lived and worked in several cities throughout Canada and around the world. He attended law school at Queen’s University, where he was placed on the Dean’s Honour List and was the recipient of the Reuben Wells Leonard Prize in International Trade and Investment Law, and the Carswell Prize in Property Law. He also obtained a Bachelor of Arts from McGill University, majoring in political science and Mandarin language studies, and a Bachelor of Music (Performance) from the University of Manitoba.

He is conversant in both French and Mandarin.

In his spare time, James is an aspiring home chef, and an avid curler, sailor and SCUBA diver. An accomplished classical musician, James is also Principal Oboe of Orchestra Toronto, a well-known community-based symphony orchestra.

James is also proud to be a newly-appointed director of Water’s Edge Festivals and Events, a non-profit organization that organizes large-scale events on the Toronto waterfront and in other ports throughout the Great Lakes.